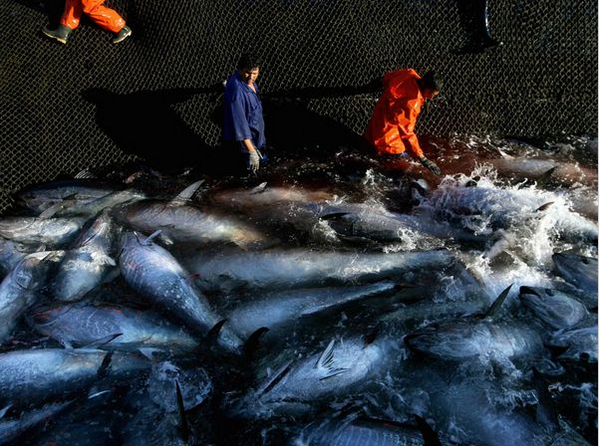 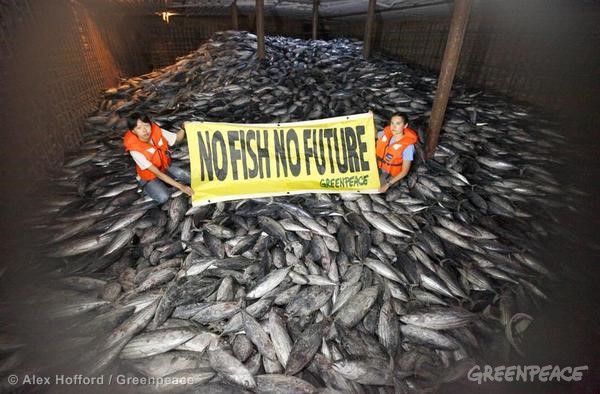 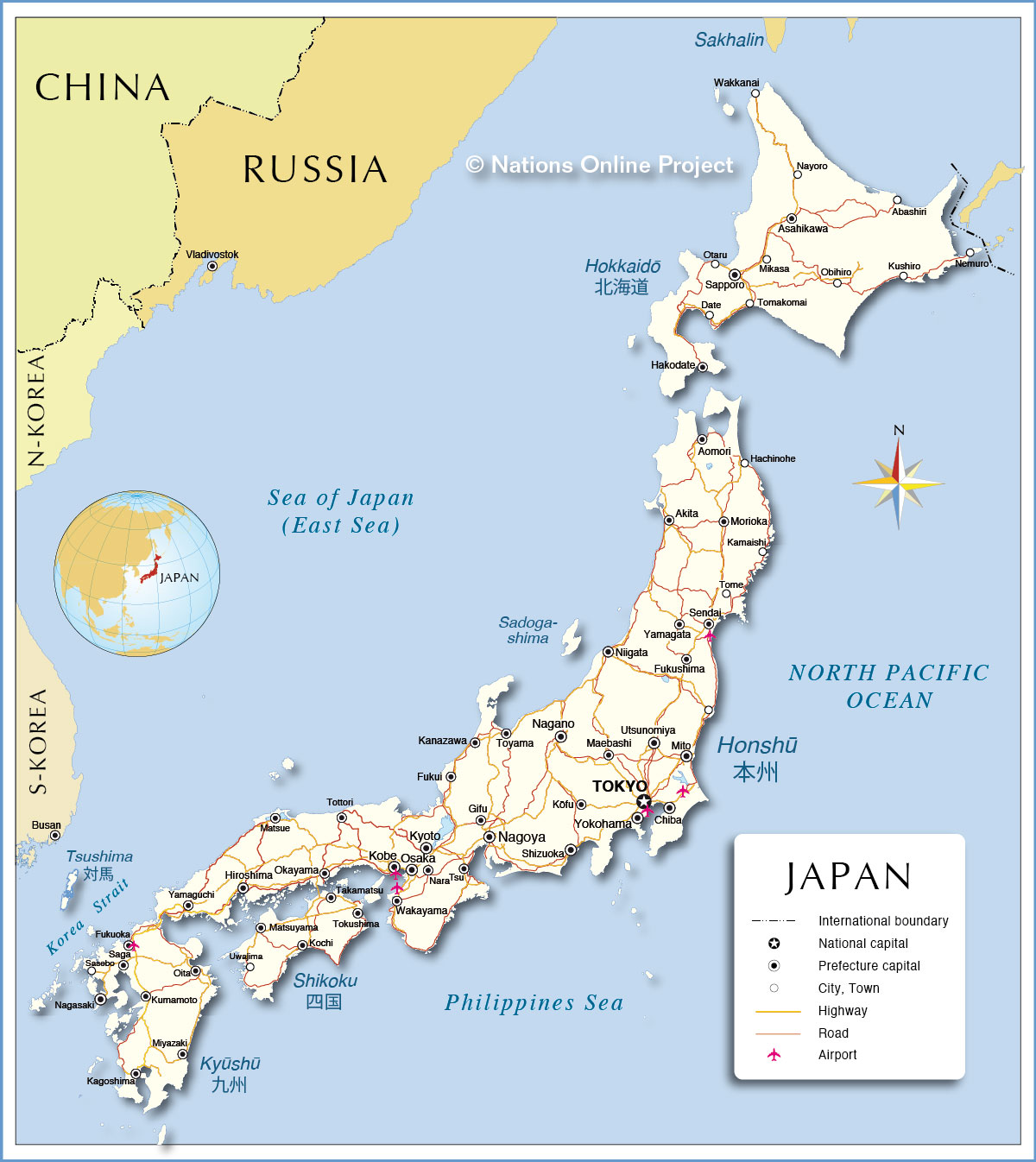 
The spatial scale of overfishing in Japan is a national issue. Japan’s geography consists of multiple islands including: Honshu, Hokkaido, Kyushu, and Shikoku amongst its largest. The sea of Japan divides the Asian Continent from the Japanese Archipelago. 50% of Japan is mountainous and covered by forests. Japan is located in an area where several continental plates meet and therefore experiences frequent earthquakes. The temperature varies in different regions of Japan but the most prevalent climate is mild winters and hot and humid summers resembling a temperate environment.The population of Japan is estimated to be about 125,000,000. Bluefin Tuna is near extinction due to overfishing in Japan because of its highly prized demand in the sushi market. Along with Bluefin Tuna the Shrimp population is also being depleted in Japan due to overfishing. Many small fish are also losing large numbers of their population due to overfishing in Japan. Overfishing in Japan has become a problem for the ecosystems that inhabit the ocean. 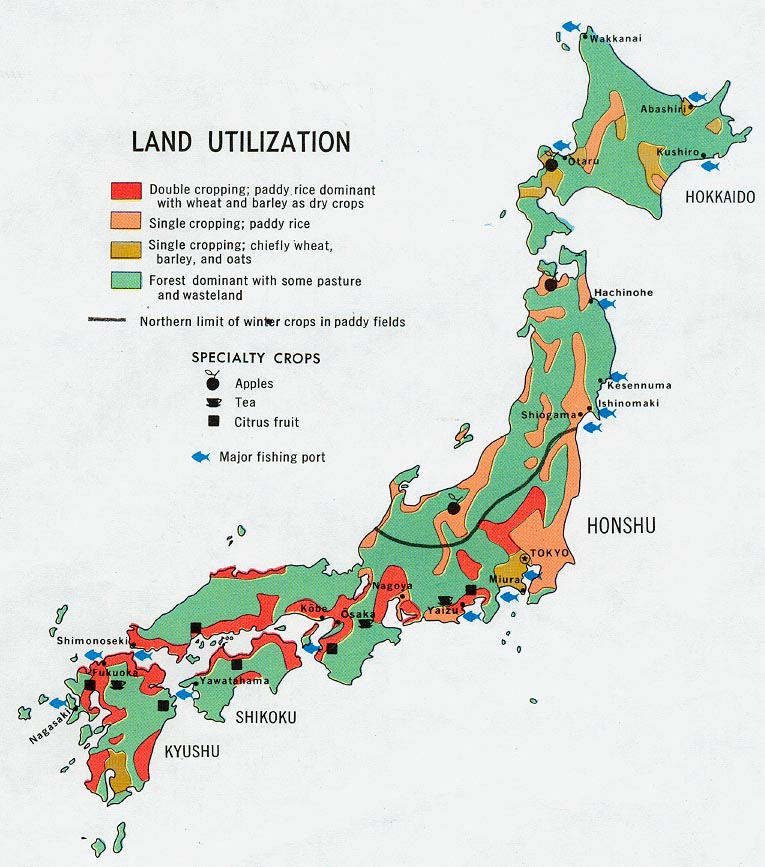 Specifics of the Problem

This problem of overfishing in Japan goes as far back as the early 1800’s
but became noticeable around the mid 1900’s due to the consequences that were brought about by overfishing such as “lower catch” overtime. Overfishing in Japan has been worsening as demand for fish has grown and harvesting methods have become more sophisticated. Bluefins are now fished illegally at approximately four times the sustainable rate. Spotter aircrafts in Japan locate fish stocks and alert huge fishing fleets, whose ships cast purse seines, which envelop schools of fish and cinch to close around them. The most common technique used in Japan to overfish is known as the longline fishing method. The bluefish population in Japan has fallen by about 94%. Ecologists and economists estimate that if Japan does not stop overfishing their population of all seafood species could end by 2048. One of the consequences associated with overfishing is bycatch. Sea turtles, dolphins, seals, whales, and other aquatic organisms are accidentally caught and killed in addition to the target fish. Most of these unwanted animals that are dumped back into the ocean are dead or soon die because they are crushed by the fishing gear or are out of the water too long. Another consequence of overfishing is habitat destruction. Trawl nets (fishing equipment) pulled along the ocean floor destroy the habitat. Humans are impacted by overfishing because first, the growing human population requires protein in their diets and with no fish left humans would be forced to find a supplement for protein. Second, with the exploitation of fish in Japan prices of seafood will rise if not worldwide definitely in Japan. The ocean contains valuable food resources that are being taken advantage of  because no nation has legal claim to the open ocean. 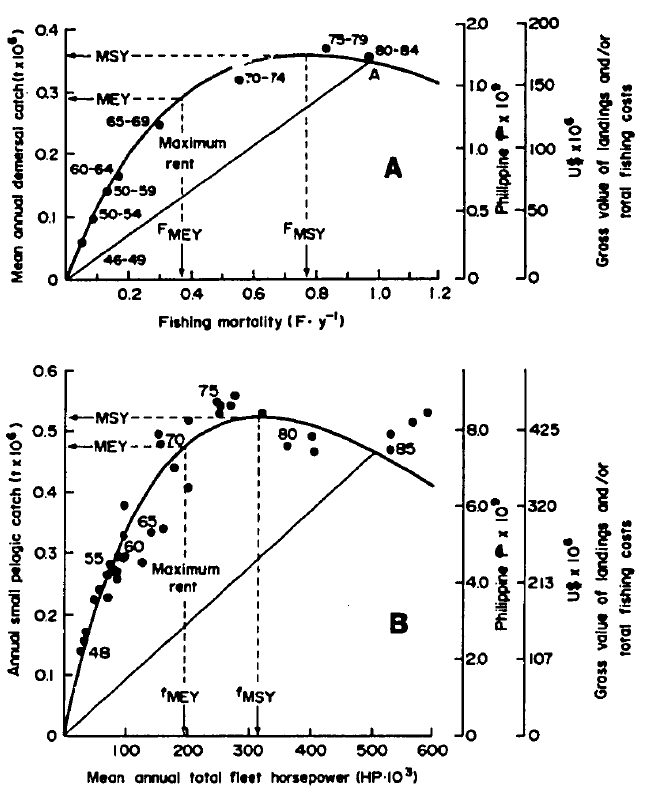 Surplus production model of fisheries showing declining catches beginning in the mid 1970’s due to overfishing in the early 1800’s and 1900’s.
Image from "The Overfishing of Marine Resources"

Larger Consequences of the Problem 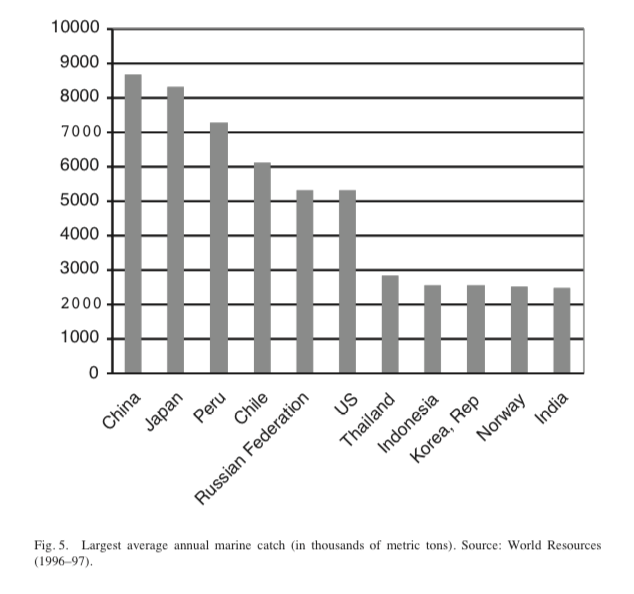 All of these countries are responsible for and experiencing the effects of overfishing.

Overfishing is not only effecting Japan, but all of Southeast Asia. Japan consumes a large number of fish, and other countries that have a diet that heavily relies on fish are also experiencing overfishing problems, such as China, the Philippines, Thailand, and Korea. A lot of overfishing is due to the increase in fishing technologies that make the practice more efficient, such as mass trawling. Only large companies can afford such technologies, so small fisherman are being drastically affected, and most are finding it difficult to support their families. Numerous species have become endangered, including the bluefin tuna, and Japan continues to fish this endangered species despite international agreements against this practice. New Zealand and Australia have had to ban Japanese fishing in their waters because Japanese fishermen are neglecting to protect endangered species. Whale fishing is also a large problem in Japan, because they ignore the International Convention for the Regulation of Whaling and continue to capture and sell Minke whale meat (Pauly 552). Trawling, a fishing method that captures all organisms in an area and drags along the ocean floor, is also a large issue, as it destroys entire oceanic habitats (Taylor 203). This is making it difficult for species to recover near Japan. With certain species being wiped out, ecosystems are being disrupted, which will have global consequences. 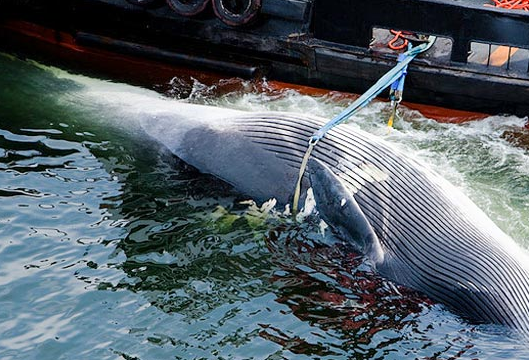 Solutions
One solution is to ban trawling. The Philippines created a local trawling ban in 1976 that increased local fish stocks. Other benefits from banning trawling include less habitat destruction, and an increase in catches for small fisherman, who could not previously compete with large scale fishing. Another solution is the creation of artificial reefs, which prevents inshore trawling, and again, allows fish populations to thrive and small fishermen to make a living (Taylor 204). Scientists also propose aggressive fishery management, better enforcement of fishing laws, and increased use of aquaculture, which is essentially the farming of fish (National Geographic). Other solutions include safe catch limits, which allows species to repopulate, and limiting bycatch, other species that are unintentionally caught in nets (What Can I Do). Our textbook credits the United Nations for their efforts in trying to prevent overfishing. The UN Fish Stocks Agreement went into effect in 2001, and it regulates marine fishing. In addition, the US Commission on Ocean Policy included three strategies in their 2004 report. First, they recommend strengthening and consolidating federal ocean programs. Second, they are pushing for more science and data to influence decision making. Lastly, they want education to be a priority to create conscience citizens (Berg 291). In terms of Japan, this would mean that organizations should come together to establish strong policy, this policy should be enforced, and that the citizens of Japan should be better educated on the issue because it is their demand for endangered species, such as bluefin tuna, that is creating the problem. 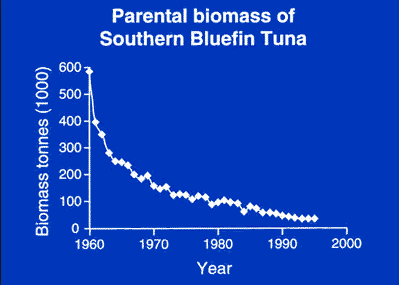 Conclusion
There are solutions to overfishing, they are just not being implemented to their full capacity. Countries that are committed to combatting the problem are seeing results, such as the Philippine’s ban on trawling, and the Australian ban on Japanese fishermen. However, Japan is neglecting international agreements to not fish endangered species, and they continue to overfish. Japan is already seeing the effects of their actions with the dramatic drop in bluefin tuna population size, but this has not fazed their fishing efforts. It is not clear what it will take for Japan to change their actions, so it is not clear when and if this issue will ever be resolved in Japan. There are many lessons to be learned from this issue. The first is that the ocean is hard to regulate. There are no clear country boundaries, and it is hard to enforce any regulations that do exist. Because of this, it will take the efforts of all countries involved with the ocean to make any substantial change. Another overarching issue is the problems that the United States prioritize may not receive the same attention by other countries. The US is actively trying to address overfishing problems, but Japan is not giving this issue the same attention. That is why it is difficult to create large scale policies and changes as well. Lastly, overfishing in one area will affect the whole globe. Because Japan is decimating the bluefin population, the whole world is not unable to consume it is a food source. One country’s actions can affect the whole world. Regardless, overfishing has solutions, and if Japan were more committed, they could fix the problem.